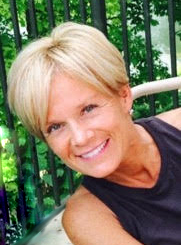 Born and raised in Chicago, Illinois, Mo attended Notre Dame of Maryland University where she majored in marketing and minored in music. After graduating, she began her professional career at Paramount Pictures in Hollywood, California. As the principal liaison for Paramount’s Merchandising and Licensing Department, Mo coordinated all phases of product development for their film and television properties, including NBC sitcoms: Cheers, Family Ties, and Star Trek, as well as various feature films.

Transitioning into television production, Mo began working with two of the greatest producing pioneers in sitcom history who were known for writing and directing hits like All In the Family, Maude, The Jeffersons, and Dear John. This led her into film production as an Executive Assistant to Kathleen Kennedy at The Kennedy/Marshall Company and later, as an Assistant and Production Executive for Miramax Films’ Woods Entertainment at Walt Disney Studios. From pre-production to principal photography and post-production, Mo coordinated multiple aspects of films that included Schindler’s List, Beautiful Girls, Scream, Kids, and Copland.

After working for some of the funniest and most creative people in the entertainment business, Mo was hired as the Director of Development for Underworld Entertainment, a production company at Universal Studios. While helping other writers develop their materials into screenplays and manuscripts, she discovered her own passion for writing and editing. This led her back to her hometown of Chicago and DePaul University where received a Master of Arts in writing.

Married with two boys, Mo currently spends most of her time sharing other people’s stories about courage and hope on her podcast, Bite of Courage. She is also a blogger for her website, humormewithmo.com where she writes about serious topics with a humorous twist, and she continues to freelance as a writer for clients in the United States, Australia, Germany, Japan and Vietnam.