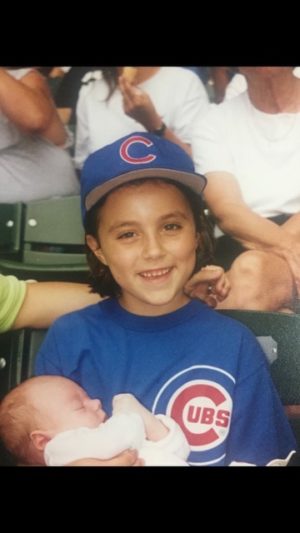 Are you a baseball fan?

It’s hard not to be, but I’m from Chicago, so I’m especially excited about the Cubbies clinching a come-from-behind World Series win, after 108 years.

But let’s be honest.

Before the Cubs were on the cusp of winning the Holy Grail of baseball, some games themselves felt like they lasted 108 years.

Every time my husband said, “Let’s go to a baseball game,” I cringed, thinking, “have they finished the last one yet?”

I had to clear the decks, so to speak for an unlimited block of time, shove an inordinate amount of “Power Bars” in my pocket, and pack a suitcase with wears for weeks and for every possible season – if you’ve ever been to Chicago, you know the weather can change on a dime.

When it comes to ending a baseball game, why is there no set time?

Why isn’t there an extra-inning rule, similar to other overtime rules in other sports?

If baseball goes into a tenth inning and no one scores, it should be a tie, or, at the very least, a sudden-death-run-off – a good, ol’ fashioned relay race!

Baseball fans would love it; it’s the only sport that keeps track of who’s ahead by the number of times you run home safely.

So line ’em up – both teams, single file, top of the order – one team behind first, the other behind third, and Theo Epstein “Barr” can yell: “On your mark, get set, GO!”

Whoever runs across home plate first and more often, gets the most points and wins!

If it’s a tie at home – and by tie I mean collision, it doesn’t go to the runner because they’re both running, in which case they can beat the crap out of each other, and the last guy standing wins.

If neither can stand, whoever has more teeth wins, and so on.

It’s a very simple process of elimination – literally, and it shouldn’t take more than fifteen, twenty minutes tops in a tenth inning.

The point is, the game ends at a reasonable time.

And no crying about it either!

There’s no crying in baseball!

I guess that’s why they wear caps instead of helmets, and why teams used to be identified by the color of their stockings.

The point is, the Cubs rule!

But the delicate nature of baseball players, explains why they run into the dugout when it rains.

Please. If there’s no crying in baseball, there shouldn’t be any whining either!

The boys need to strap on a pair of rubber cleats and play ball, rain or shine.

You don’t see football players or rugby players taking cover at the first sign of inclement weather, do you?

Heck, the Bears’ll grind it out in a blizzard with a hurricane on the horizon, and they suck, but a few raindrops, and baseball tarps around the world are unfurled faster than you can say, “I ain’t ‘fraid a-no goat.”

And what about the billy goat?

I never understood why the billy goat, an animal known to be independent and intelligent ended up being the scapegoat for the Cubs’ incredibly long losing streak.

Talk about a sacrificial lamb; the billy goat got screwed.

But sticking by your team when they stink, is the real sacrifice, and fans are willing to sacrifice because baseball brings people together.

But baseball ushers in hope and optimism every spring season.

No matter what color stockings our teams wear, opening day is a new day for everyone’s team to be contender. It makes us all feel equal for just a little while.

And, it makes baseball a timeless and favorite past time because it gives all of us something to root for together.

…Cheers to the Chicago Cubs – the greatest team in baseball, and cheers to finding humor in our day.

8 Responses to “Now That The Cubs Won, Is Baseball Over?”