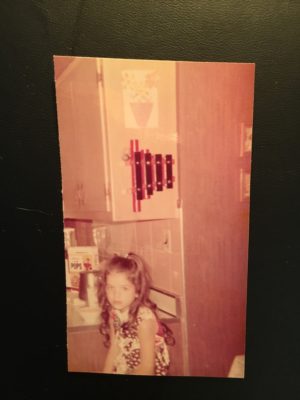 I know of a man that died recently. He was three months shy of turning one-hundred and one.

He was an alcoholic.

Born in 1915 after the advent of the first world war, he lived through the Depression, the second world war, and the terrorists’ attacks on September 11th, 2001.

The man who died, lived one full century of the twenty-one centuries we’ve lived on this earth.

He outlived two wives, and in more recent years I thought he might outlive his ten children, but only one preceded him in death – my twin brother, Mark.

The man who died was my father and all that history stuff, is what one writes in reference to an un-lived life.

Like many families, we grew up talking about everything but what was really going on.

I wanted to have a relationship with my father, but it had to be based on truth, so I decided it was time to clear the air, to address his alcoholism and the abuse that it manifested.

That was almost twenty years ago; it didn’t go well. He wanted nothing to do with me from that point forward, but it was cathartic. I thought my problems were over.

Little did I know, they were just beginning.

I had a couple more years of my own drinking to do; more bottoms to hit.

As disjointed memories continued to whittle away my spirit, my drinking got progressively worse.

Dreams for a better life, one that wishes to find inner peace and contentment and the simplicity that an authentic life can bring, faded further into the shadows.

I was just like my father – at least in my drinking.

I wasn’t living; I was barely surviving, and the more I reached outside of myself to find what I thought I was missing, the more I drank.

I couldn’t bare the thought of admitting that I was just like him.

For so long, alcohol had been a great way to cover up the pain that I had passively endured in my life, but when the alcohol wore off, the pain was still there.

With each episode, the pain felt more acute and impenetrable; the repercussions of my behavior more irreparable.

I didn’t understand that drinking was merely a symptom of what was going on.

It was my thinking that was the problem and the behavior that followed my thinking.

It was my thinking that brought me to this dark place and dictated the choices I made, but the choices were all mine. The alcohol just made me forget that – temporarily.

I would never understand it, until it literally became a matter of life and death – my own.

Fortunately, after years in recovery, I’ve learned the true meaning of responsibility, of forgiveness and compassion, and that making amends is a gift that’s given without the expectation of receiving anything – including acceptance – in return.

While I left nothing unsaid in that twenty-year-old conversation with my father and ended up living only ten minutes away, I was able to tell him on that now distant day that I loved him; that we all missed out as a family, and that I wished him peace in his life.

He never reached out.

Strange and surreal, I’d occasionally see him at the local grocery store.

I even tailed him once a few years ago; heart pumping, hands shaking, I followed him around the store taking out-of focus pictures.

I didn’t know what I was going to do with them, but proceeded with great fervor.

I even held the door open as he left the store, but there was no acknowledgement. I could see it in his eyes.

Surviving this encounter with my father was painless by comparison, but the feeling of never belonging in the world was still an intricate part of my everyday life.

Feeling underserving was engrained in my cells, infused in my fibers, but surviving this experience?

It just meant deleting out-of-focus photos from the memory of my phone.

But all I could think when I heard the news of his passing, was Stephen Hawking’s quote: “Where there is life, there is hope” and the sliver that I must have secretly held onto was gone.

As hard as I had worked to heal, hope was gone for good.

I’m oddly impressed by his stubbornness, but pray his soul is soft and at peace.

One of my brothers, who spoke at the wake invited anyone who wanted to speak to do so.

How could my siblings, or I, reconcile our individual identities and come together to stand with the family we were born into?

My brother was bravely and publicly acknowledging the dark side of my family – my father’s alcoholism.

He was opening up a world of vulnerabilities, a world of possibilities; building a bridge that might somehow be strong enough to support all of us in our healing at any access point, and, for generations to come.

Was it a glimmer of hope? The invitation I didn’t know I’d been waiting for?

I became more determined to send this guy off without a single regret.

Instead of jumping out of my skin, I jumped out of my seat like a heat-seeking missile and found myself standing at the front of the room.

I would find my voice.

In the end, it’s not about obligation, it’s about inspiration, so I let love be the last word, blaming him for nothing and thanking him for everything.

What else is there, if not gratitude?

I understand more as a parent now how I can only teach what I know and do the best I can with the information I have. I need to love my kids through everything and try to forgive as unconditionally as I hope to love and be loved because Love is the only thing that matters.

Love is the only thing Absolute.

But what about Hope?

That’s a word I’ve only used to describe the future.

What happens when there’s no hope of changing the past and no word to describe the future? When the sliver of hope that you didn’t even know you had slips away.

Does hope spring eternal, or is it just a fairy tale?

What happens next, is wildly uncertain.

THAT gives me hope, one day at a time.

Cheers to finding a little humor in our journeys, and to family and friends who believe in us until we can believe in ourselves.

26 Responses to “What About Hope?”