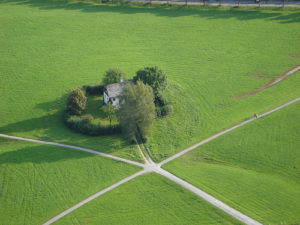 Have you ever gotten that sinking feeling in the pit of your stomach because you’re about to get fired?

With honorary degrees in multi-tasking, integrative medicine, and applied science, I work unlimited hours on little-to-no sleep, pull energy from reserves I didn’t know I had, and work harder just before vacations and holidays.

I’d love to rest on those laurels, but I’m a stay-at-home mom with two very independent, self sufficient boys who are now twelve and fourteen.

I know they can’t fire me; I would stage a protest on the front lawn in my snow suit before that ever happened, but the truth is they only want me when they need me, and it’s giving me a sinking feeling in the pit of my stomach like they’re about to fire me!

Raising kids is not the job I ever thought I’d have, but it’s the one job that I’ve had the longest, and the one I’ve loved having the most.

I know my job as a parent will never become obsolete, but it feels automated at the very least. The reality is, they’re growing up right fast and my job as mom-in-chief feels more like chief-wo-be-gone.

I’m at a huge crossroad.

A crossroad that my elder tribeswomen were trying to warn me about years ago when I smiled and nodded like some know-it all, hormonal teenager. Now, I’m just hormonal.

It was easy to put my career plans on hold when my kids were little. I didn’t have any plans; nothing concrete anyway.

My plan was to get a plan – to write, but like Elizabeth Stone said, “When you decide to have kids, you agree to let your heart go walking around on the outside.” I understood that intrinsically, but who has time to poignantly ponder such sediments when you’re teaching your kids how to walk and talk and then how to sit and listen.

The plan was to follow my heart – all two of them because in the blink of an eye everything changes; one phase ends and a new one begins. Until now, I was at the center of every phase – every new, first, fun, tough, phase. I was there and they needed me, but now I’m past the half-way mark of raising them with precious little time before they fly away and leave me to my empty twig-nest.

They don’t so much need to be raised anymore, as they do to be praised more often. They are kind and loving, and the young men I would have always hoped to have.

I feel lost and empty.

I’m still trying to get it right, but I’m feeling more vulnerable than ever because the one job I feel good about doing is changing drastically and at a greater rate of speed than ever before. I’m being downsized.

It’s a hard reality to face.

I have to revisit plans I never made for myself.

I have to think more about what I want now and that stinks because I don’t like thinking about me and my plans. I’ve planned for everything except that and it’s been a perfectly fine distraction.

I have to reach out now, leave my house, see people, talk to them, ask for help, get a few interviews under the ol’ belt, get a job, work for a living.

Maybe I’ll get my teaching degree; work at my kids’ school.

Well, let me know if you have any ideas. It’s worth exploring all my options, right?

…Cheers to finding humor in your day and laughing at the absurdities!